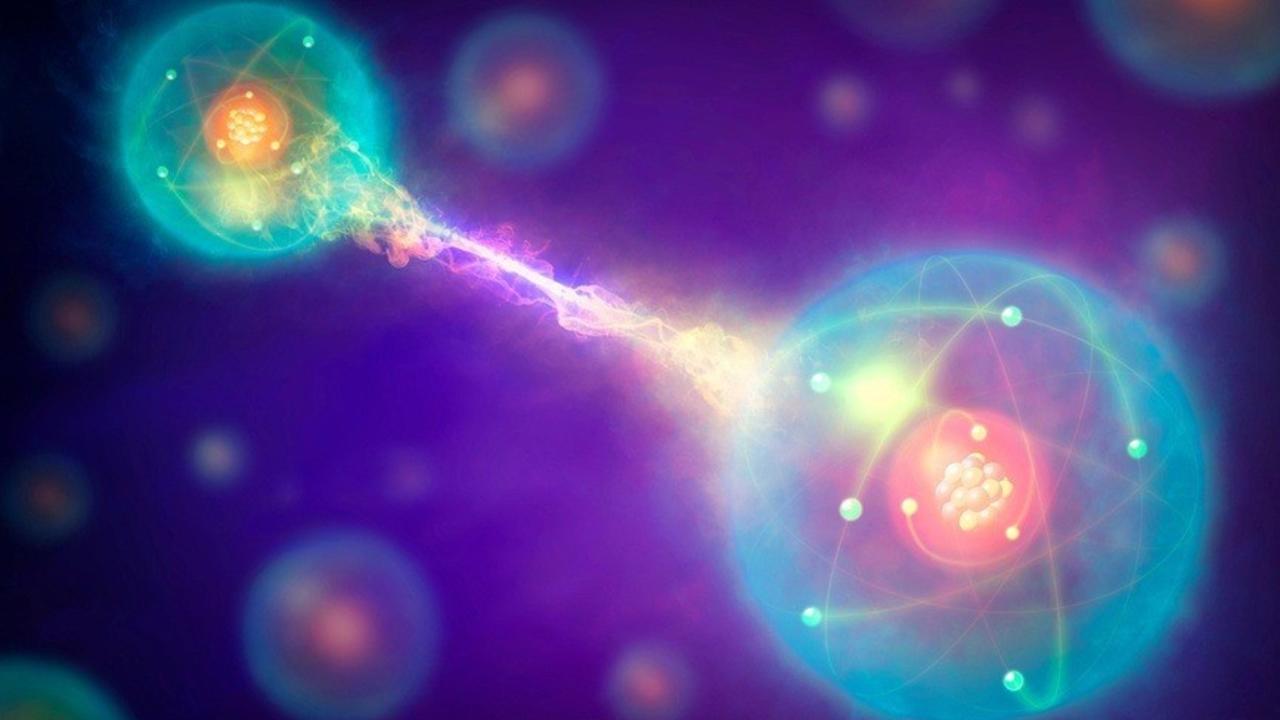 Quantum physics is the general term for a set of physical approaches born in the 20th century which, like the theory of relativity, marks a break with what is now called classical physics. Thus, the so-called “quantum theory” describes the often non-intuitive behaviors of atoms, photons and other particles – something that classical physics could not do.

Today, we know how to produce, using experimental optic methods, twin photon pairs whose properties are perfectly described by quantum physics. Although composed of two particles, these objects must be considered as a whole, from the moment photons are created to the moment they are detected. This quantum phenomenon is fundamental for example in quantum optics because classical physics does not allow any correlation. It is therefore necessary to deeply understand not only their origin, but above all which external parameters could influence or bias them. This understanding is essential because these quantum phenomena are now the basis for advanced and already commercialized applications. For example, thanks to photon pairs, quantum cryptography makes it possible to establish, from a distance, secret keys useful for encrypting and decrypting information. Indeed, cryptographic methods developed by computer scientists, known as public key methods, are not guaranteed to be inviolable for life.

While two entangled photons can be separated by hundreds of kilometers, if we ask the same question to the 2 photons that belong to the same pair, their answers will always be identical!

Over the past few decades, experimental tests of Bell-type inequalities have been at the forefront of understanding quantum mechanics and its implications. These strong bounds on specific measurements on a physical system originate from some of the most fundamental concepts of classical physics – in particular that properties of an object are well-defined independent of measurements (realism) and only affected by local interactions (locality). The violation of these bounds unambiguously shows that the measured system does not behave classically, void of any assumption on the validity of quantum theory. It has also found applications in quantum technologies for certifying the suitability of devices for generating quantum randomness, distributing secret keys and for quantum computing.

In a recent paper, a team lead by Professor Groblacher from Kavli Institute of Nanoscience reported on the violation of a Bell inequality involving a massive, macroscopic mechanical system. They successfully created light-matter entanglement between the vibrational motion of two silicon optomechanical oscillators, each comprising approx. 1010 atoms, and two optical modes. Doing so they showed a violation of Bell inequality by more than 4 standard deviations, directly confirming the non-classical behavior of our optomechanical system under the fair sampling assumption.

(a) Schematic of the setup: blue detuned drive pulses interact producing entangled photon-phonon pairs. The generated photons are detected in single-photon detectors done by transferring their states to another optical mode. (b) Scanning electron microscope image of one of the optomechanical devices. (c) Illustration of the experimental sequence.

As our experimental protocol is independent of the size of the oscillator, these results lay the foundation for the possibility of probing the boundary between classical and quantum physics with arbitrarily large objects, even ones visible to the naked eye. – Prof. Gröblacher

The violation of a Bell-type inequality appeared to use massive (around 1010 atoms), macroscopic optomechanical devices, thereby verifying the non-classicality of their state without the need for a quantum description of our experiment. The next challenge will be to investigate fundamental decoherence mechanisms or the interplay between quantum physics and gravity. The team also planned to show that the created entangled states are relatively robust to absorption heating, which could lead to a realistic implementation of entanglement generation for a future quantum network using optomechanical devices.